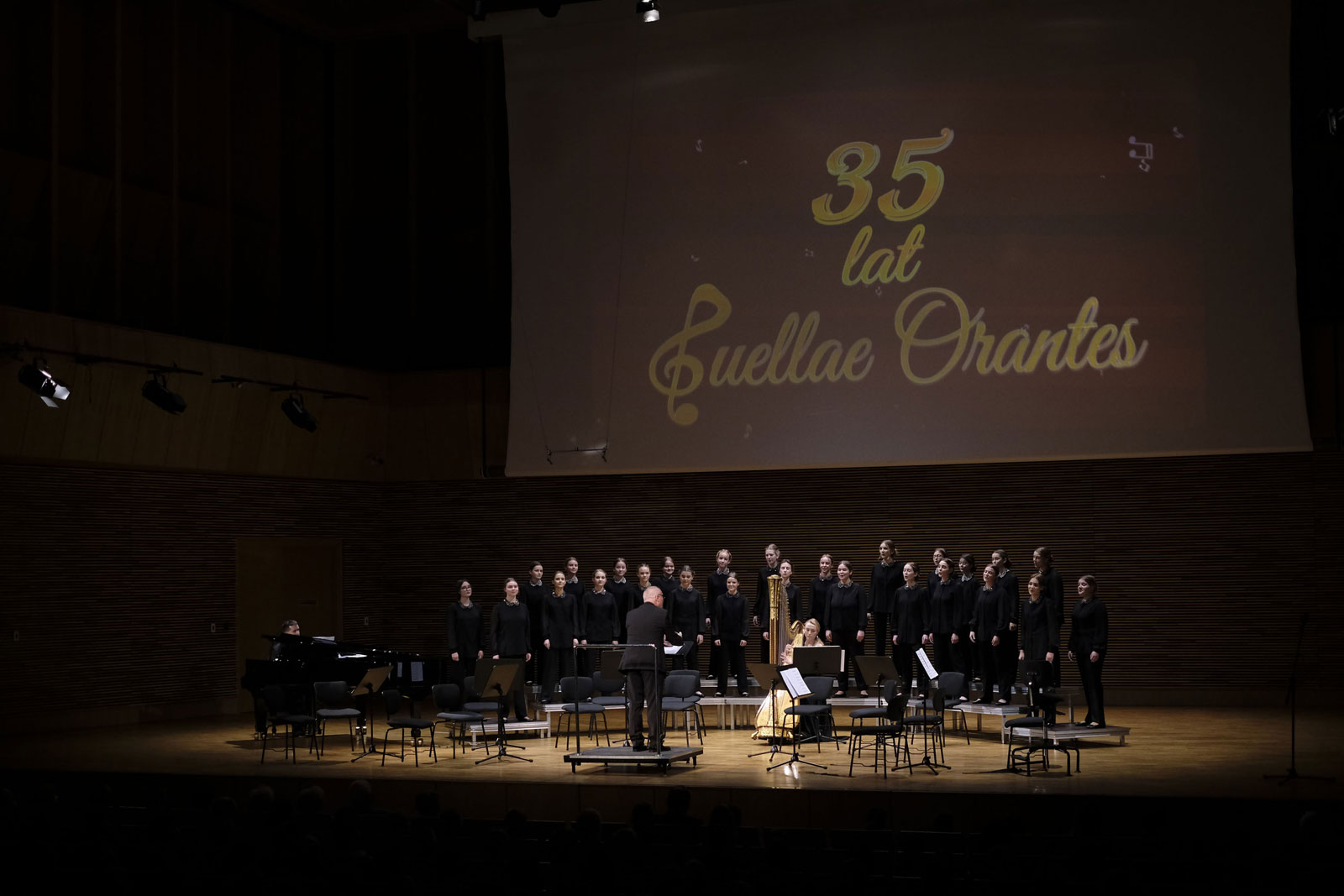 On November 27, at the Krzysztof Penderecki European Music Center in Lusławice, the jubilee concert "Puellae Orantes and Friends" was held, on the occasion of the 35th anniversary of the artistic activity of the "Puellae Orantes" Girls' Cathedral Choir. Apart from the jubilarian, it was attended by outstanding artists: the Sinfonia Galicya Orchestra, harpist - Elżbieta Baklarz and pianist / composer - Łukasz Farcinkiewicz. Guest conductors were Chikara Imamura and Alexander Humala.

The concert had a multimedia nature. The diverse repertoire was interspersed with films presenting the rich oeuvre of the choir. The finale was the world premiere of the piece "Laudate Dominum" for female choir, string orchestra and harp, composed especially for this occasion by the British composer - Philip Lawson, a Grammy winner.

The concert was an opportunity to present the achievements of "Puellae Orantes", but above all to present the diversity of projects carried out in cooperation with great performers. The choir was, among others the originator and producer of unique concerts with the participation of the British vocal sextet "The King's Singers" - a Grammy winner, and Canadian Brass - the most popular brass quintet in the world.

Over 100 pieces have been arranged or composed by leading contemporary composers for the "Puellae Orantes" choir. The choir has released 11 albums. The repertoire of eight albums consists of pieces, in whole or in part, composed and arranged especially for the choir. Three albums were nominated for the FRYDERYK award, and one of them received the FRYDERYK statuette. Moreover, the choir's recordings were awarded with Gold and Platinum CDs and DVDs.

The jubilee ceremony was an opportunity to present the choir with a Golden Record for the album "Missa pro Patria" by Bogusław Pluta - Director of the Audio-Video Producers Association.

The concert was held under the honorary patronage of the Ministry of Culture, National Heritage and Sport, the Marshal of the Małopolska Province - Witold Kozłowski, the President of Tarnów - Roman Ciepiela, Bishop of Tarnów - Andrzej Jeż.

Co-financed by the Ministry of Culture, National Heritage and Sport from the Culture Promotion Fund as part of the "Music" program, implemented by the National Institute of Music and Dance.

The project was carried out with the financial support of the Małopolskie Voivodeship.

The activity of the Choir is supported by: