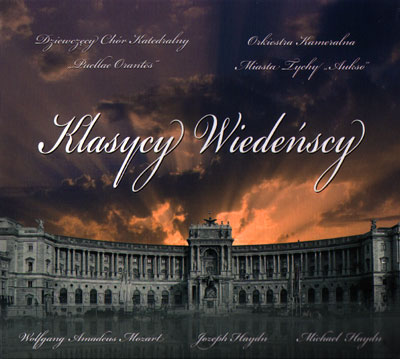 The album “Viennese Classics” was made in the co-operation with the excellent Chamber Orchestra of Tychy ‘AUKSO’ conducted by Marek Moś – the outstanding violinist, chamber musician and conductor. The musical repertoire of the album includes masterpieces of sacral music by Wolfgang Amadeus Mozart, Joseph Haydn and Michael Haydn. ‘Viennese Classics’ is a record filled with very warm, light and joyful climate.

The record “Viennese Classics” was nominated to the Polish Phonographic Award FRYDERYK 2010.