The concert promoting the “Missa pro Patria” album took place on May 25, 2019, at the Krzysztof Penderecki European Music Center in Lusławice. The main work of the concert was – included in the album – “Mass for the Homeland” (“Msza za Ojczyznę”), composed by Łukasz Farcinkiewicz on the occasion of the 100th Anniversary of regaining independence by Poland. It is a thrilling and thoroughly Polish work, through the musical motifs contained in it, close to the heart of every Pole – from the “Boże coś Polskę” song, through the polonaises and mazurkas of Fryderyk Chopin, to “Bogurodzica” and “Mazurek Dąbrowskiego”.

The performers of “Missa pro Patria” were the artists, who recorded the promoted album. Alongside the “Puellae Orantes” Girls’ Cathedral Choir, an orchestra – “Sinfonia Galicya” appeared, with its creator, Piotr Tarcholik – the first concertmaster of the Polish National Radio Orchestra in Katowice. A whole concert was conducted by a world-class conductor – Alexander Humala, winner of many prestigious awards and scholarships. As a symphony and opera conductor, he collaborated, among others with the Wrocław Opera, the National Symphony Orchestra of the Polish Radio in Katowice, the National Philharmonic Orchestra in Warsaw, and the National Opera in Lyon. He is the main conductor and artistic director of the Belarus State “Capella Sonorus”.

In addition to “Mass for the Homeland,” the choir presented “Missa sub titulo Sancti Leopoldi” by Michael Haydn, with the organ accompaniment of Marcin Kucharczyk. The first part of the concert ended with “Te Deum” by Joseph Haydn, arranged for a female choir and piano, in which Łukasz Farcinkiewicz sat, presenting two roles that evening – as a pianist and composer.

The album “Missa pro Patria” is under the patronage of RMF Classic radio. 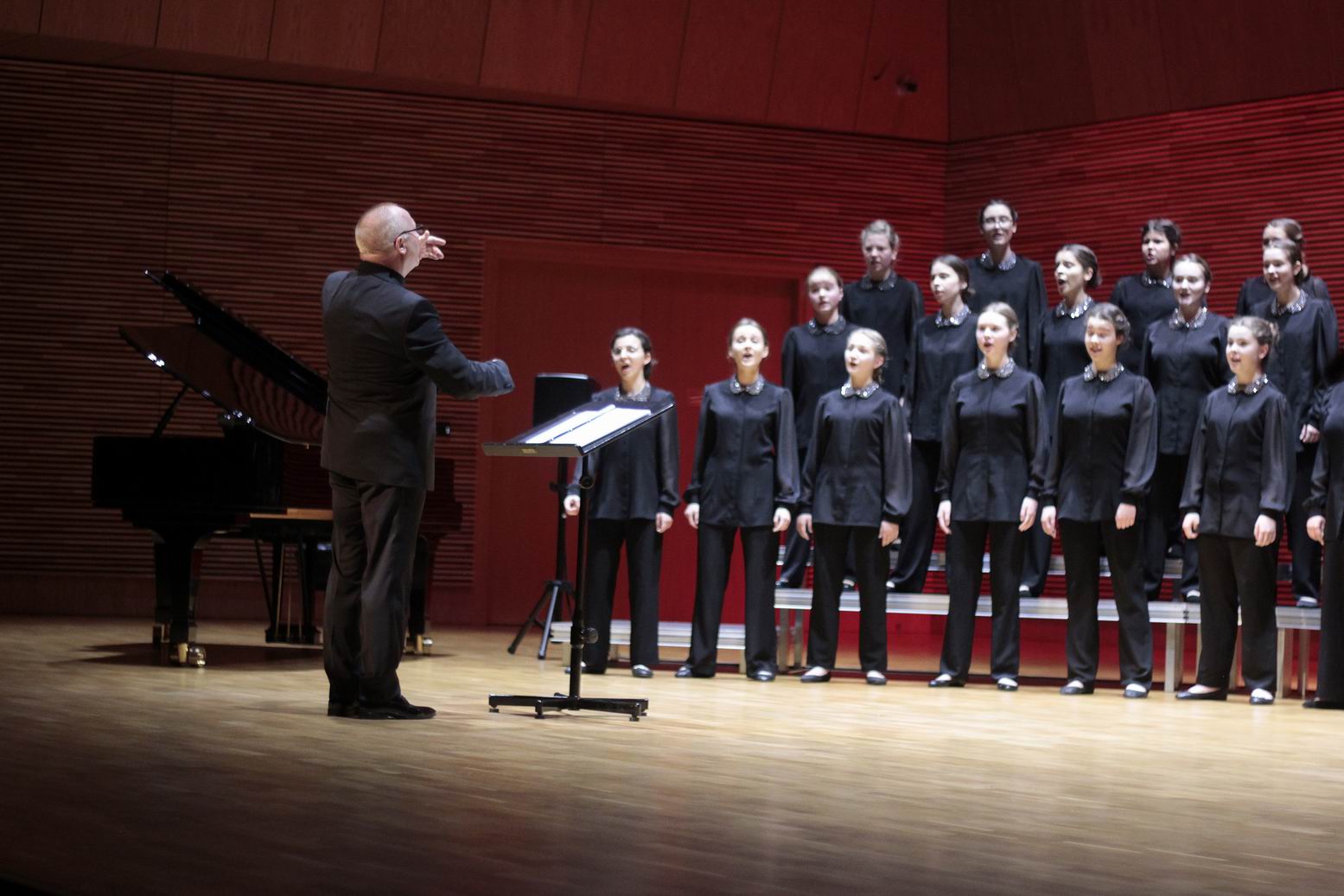 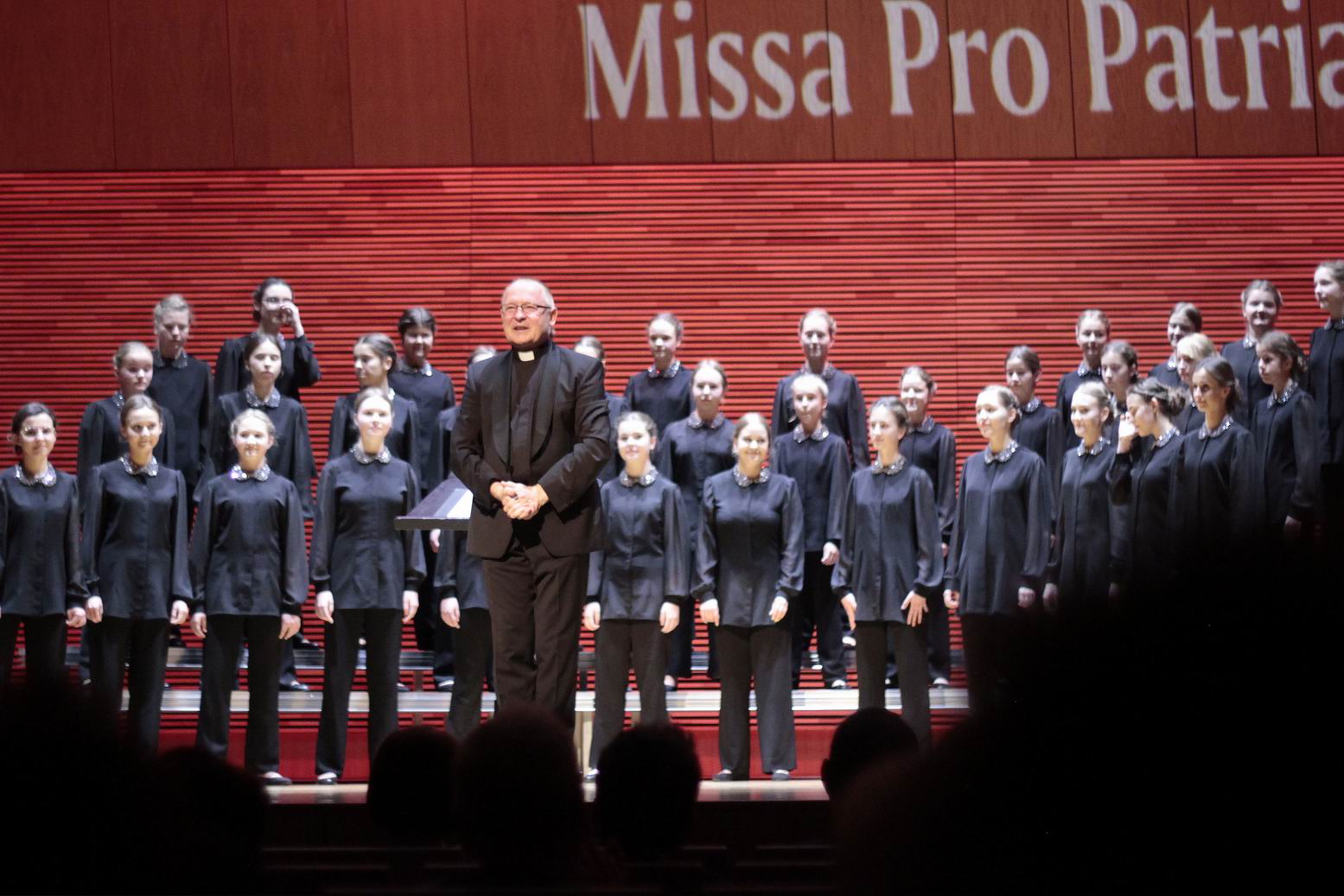 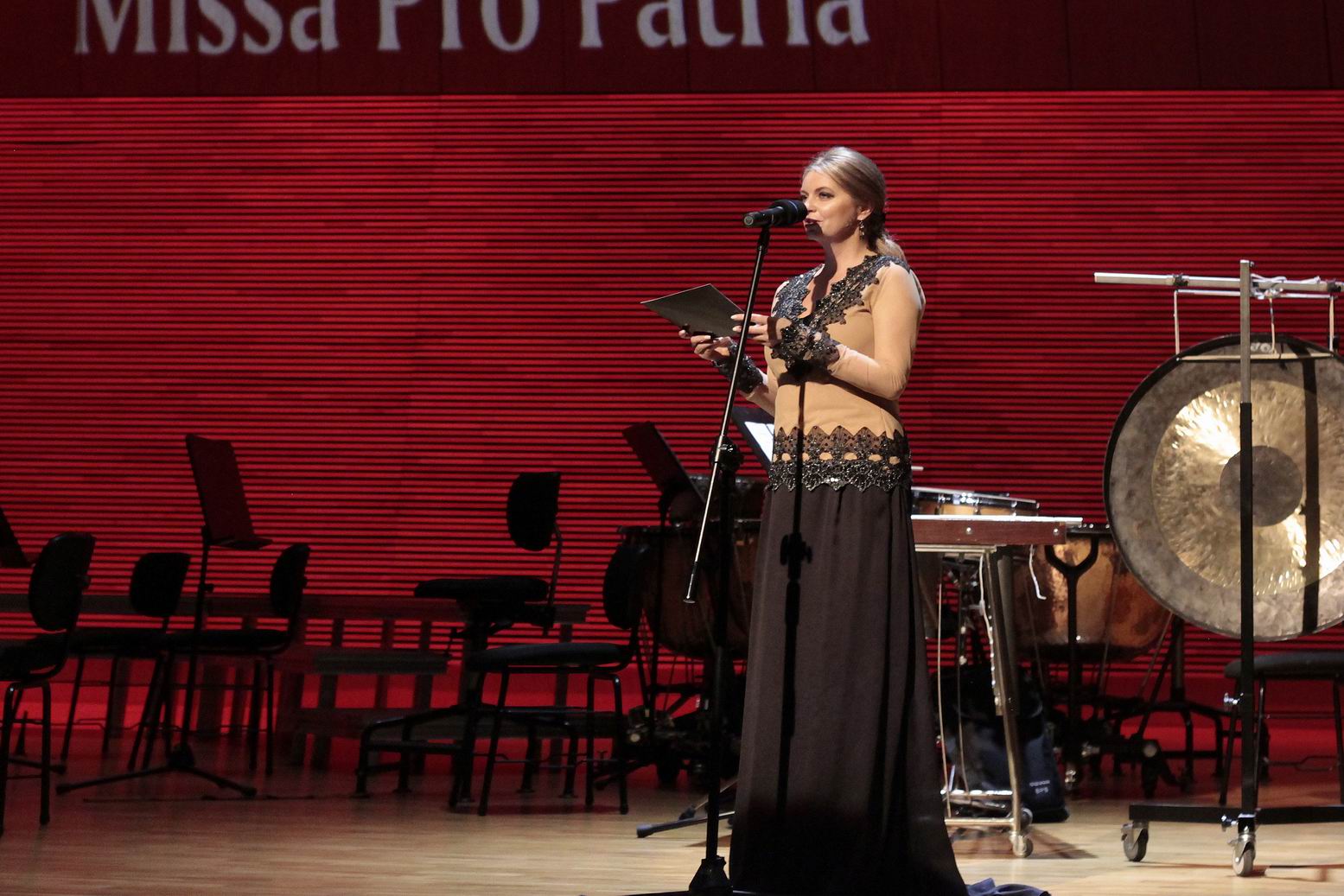 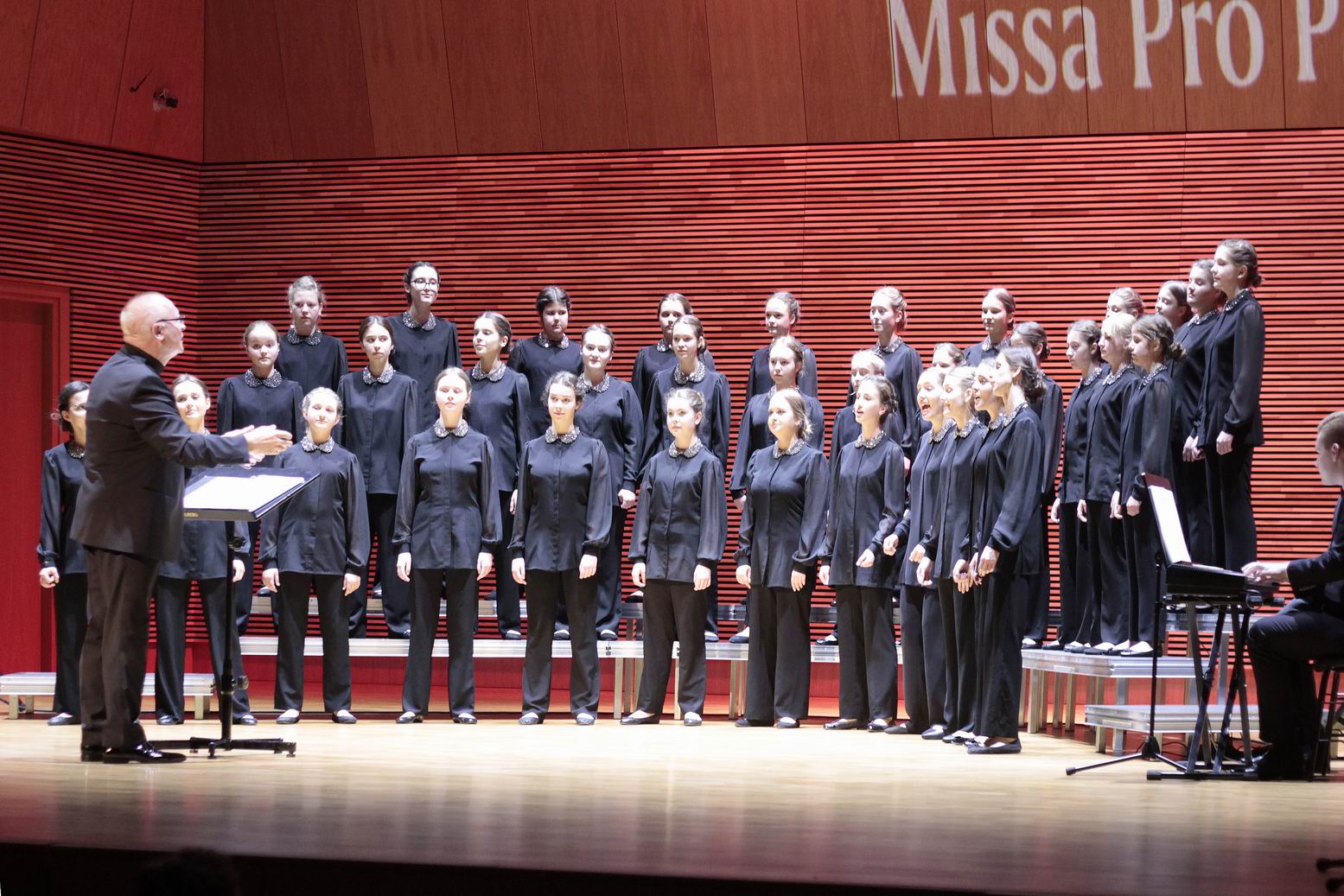 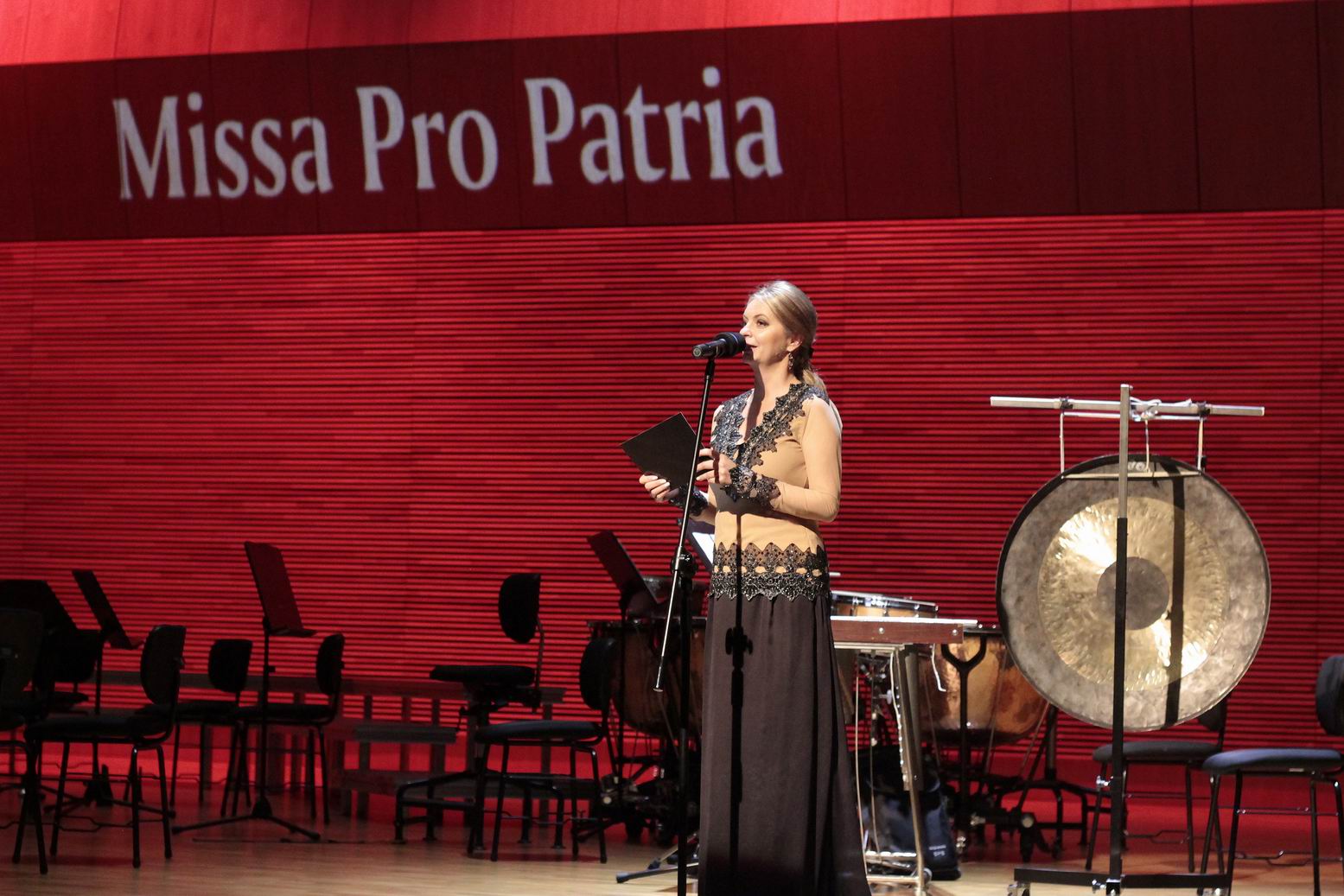 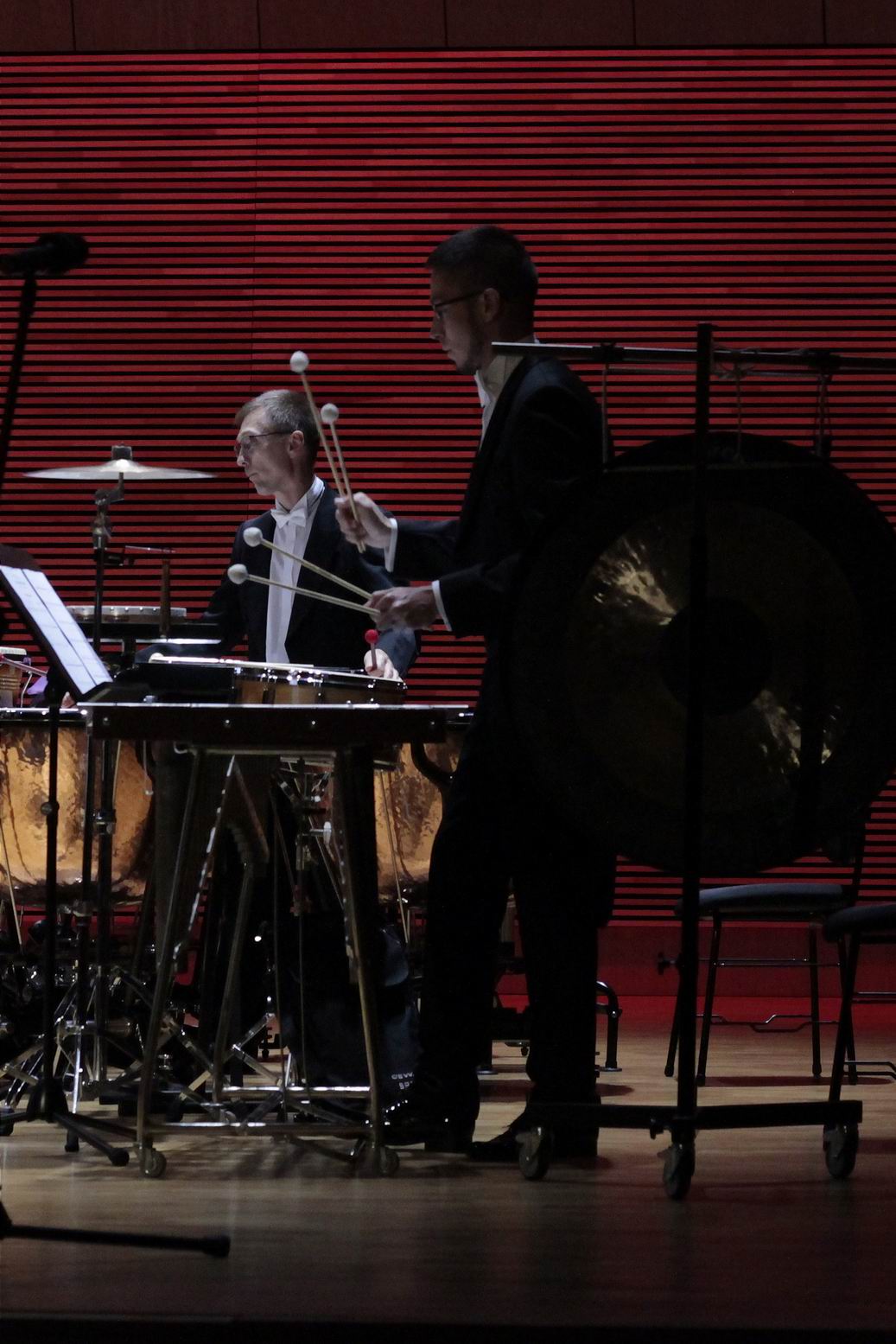 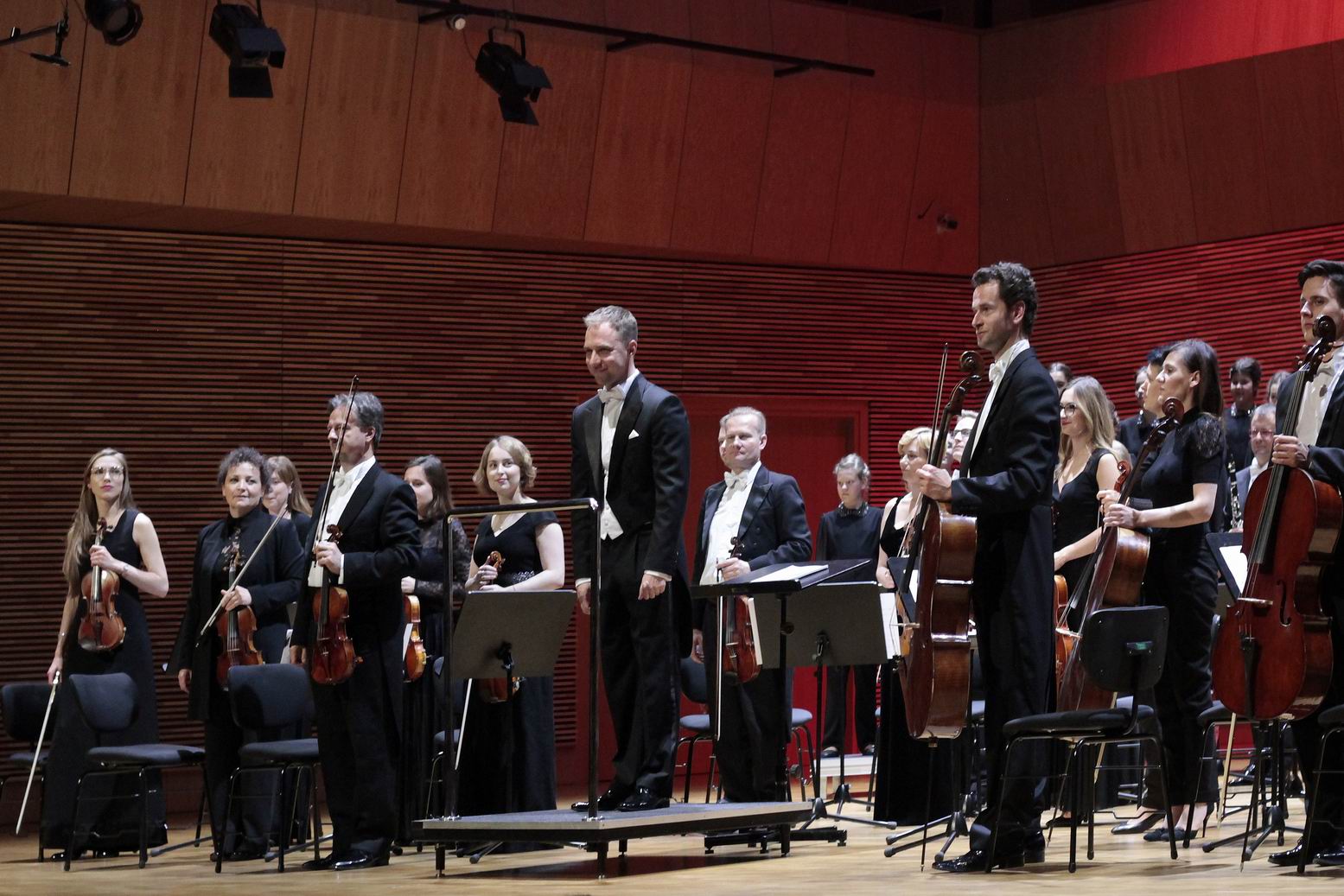 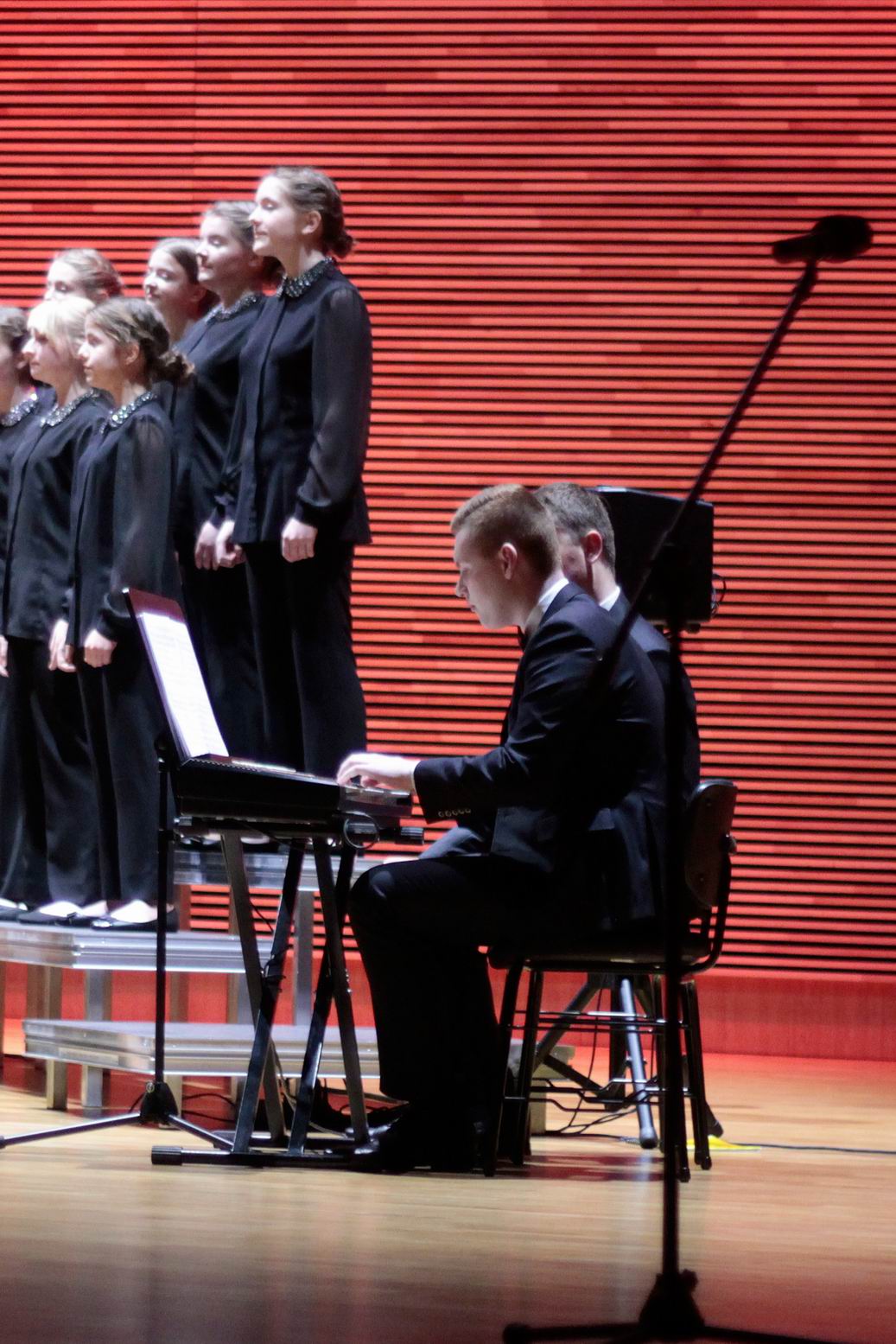 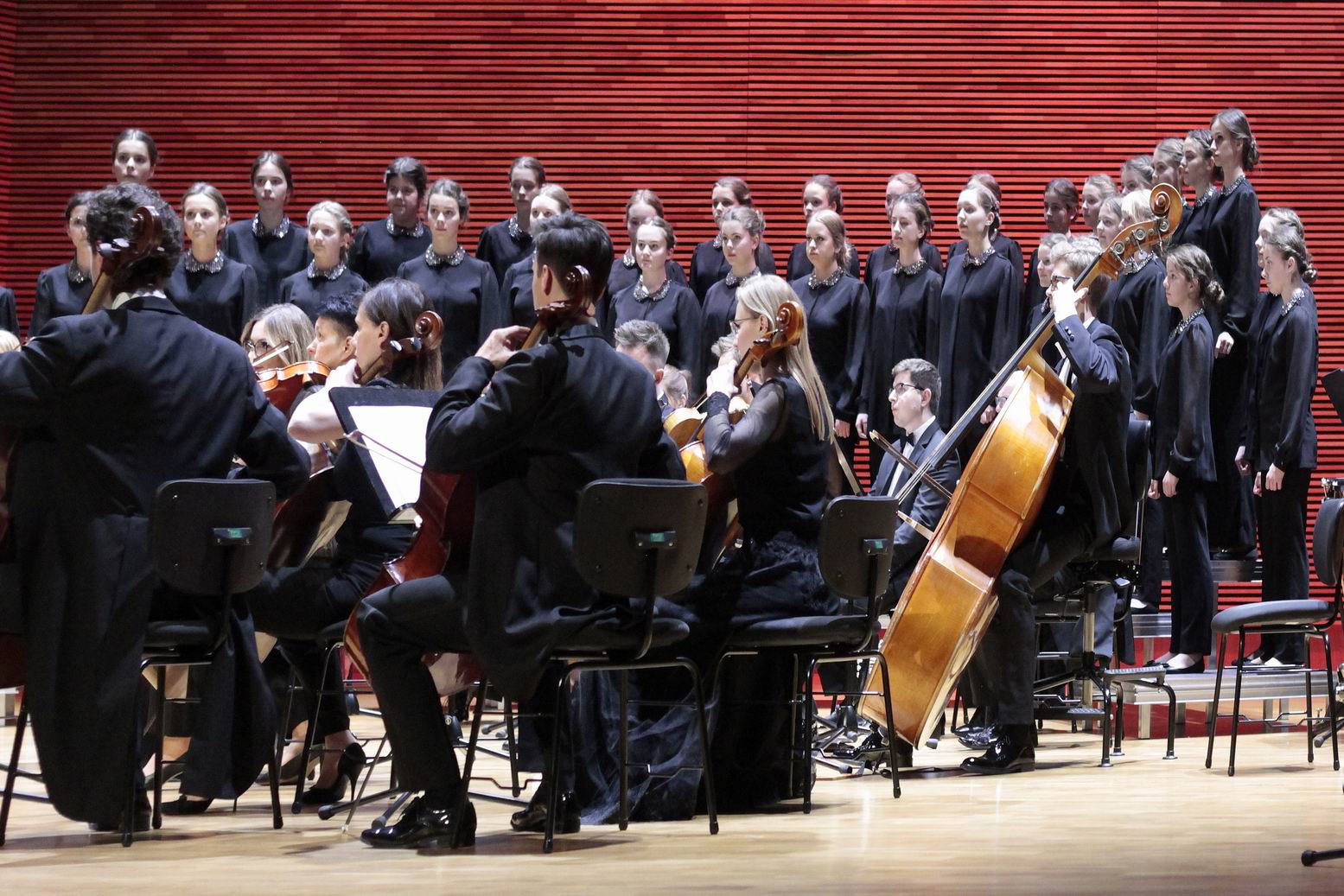 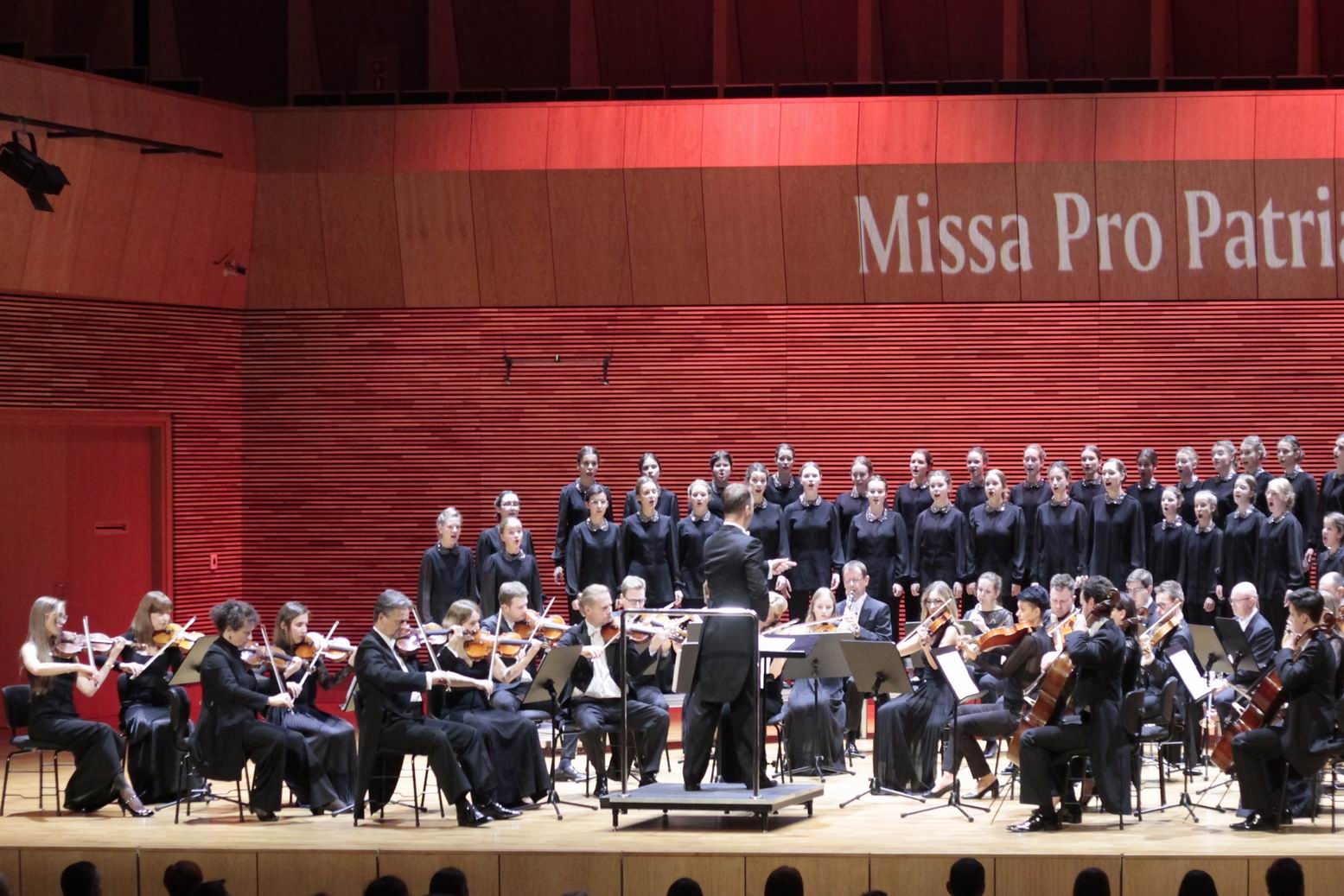 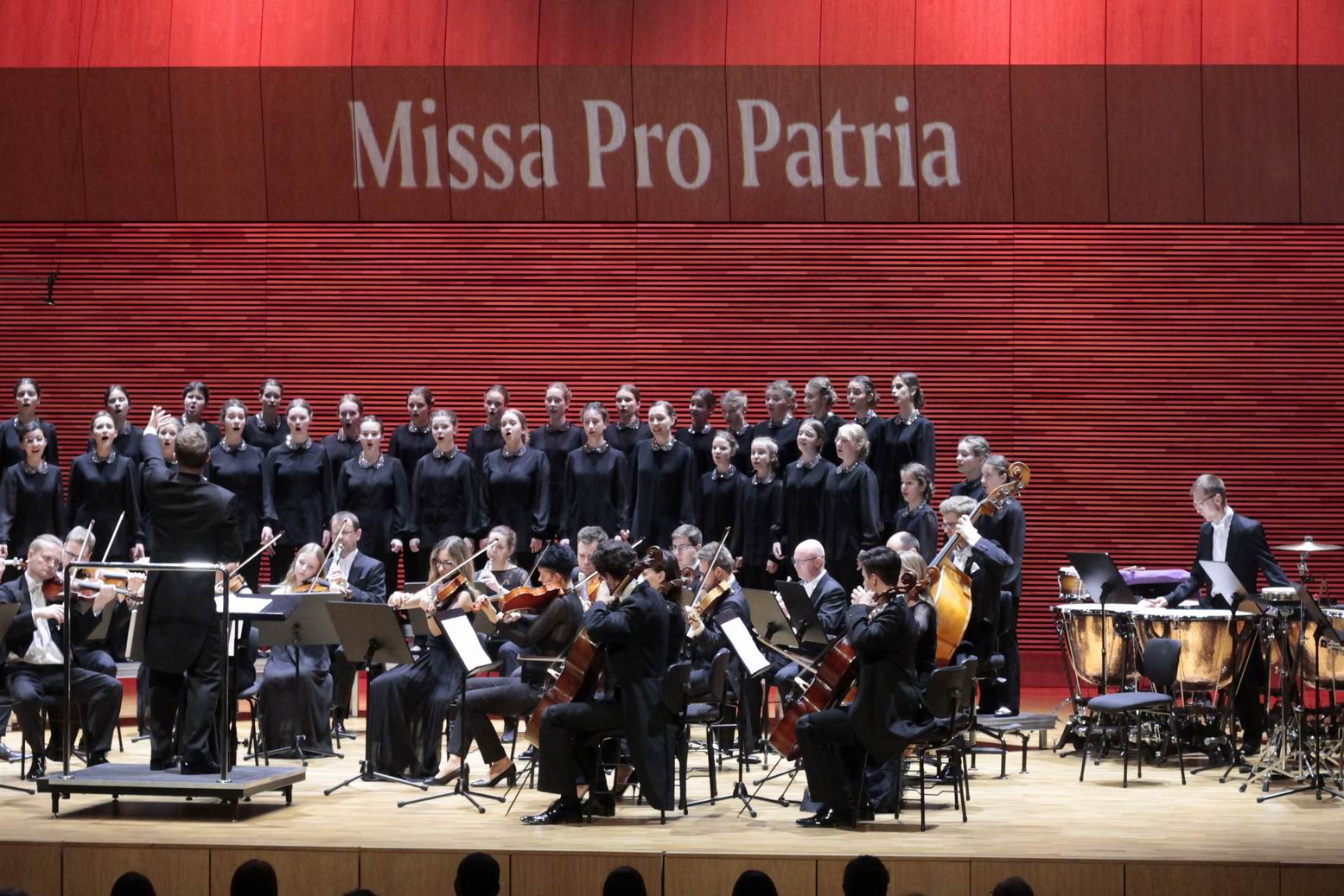 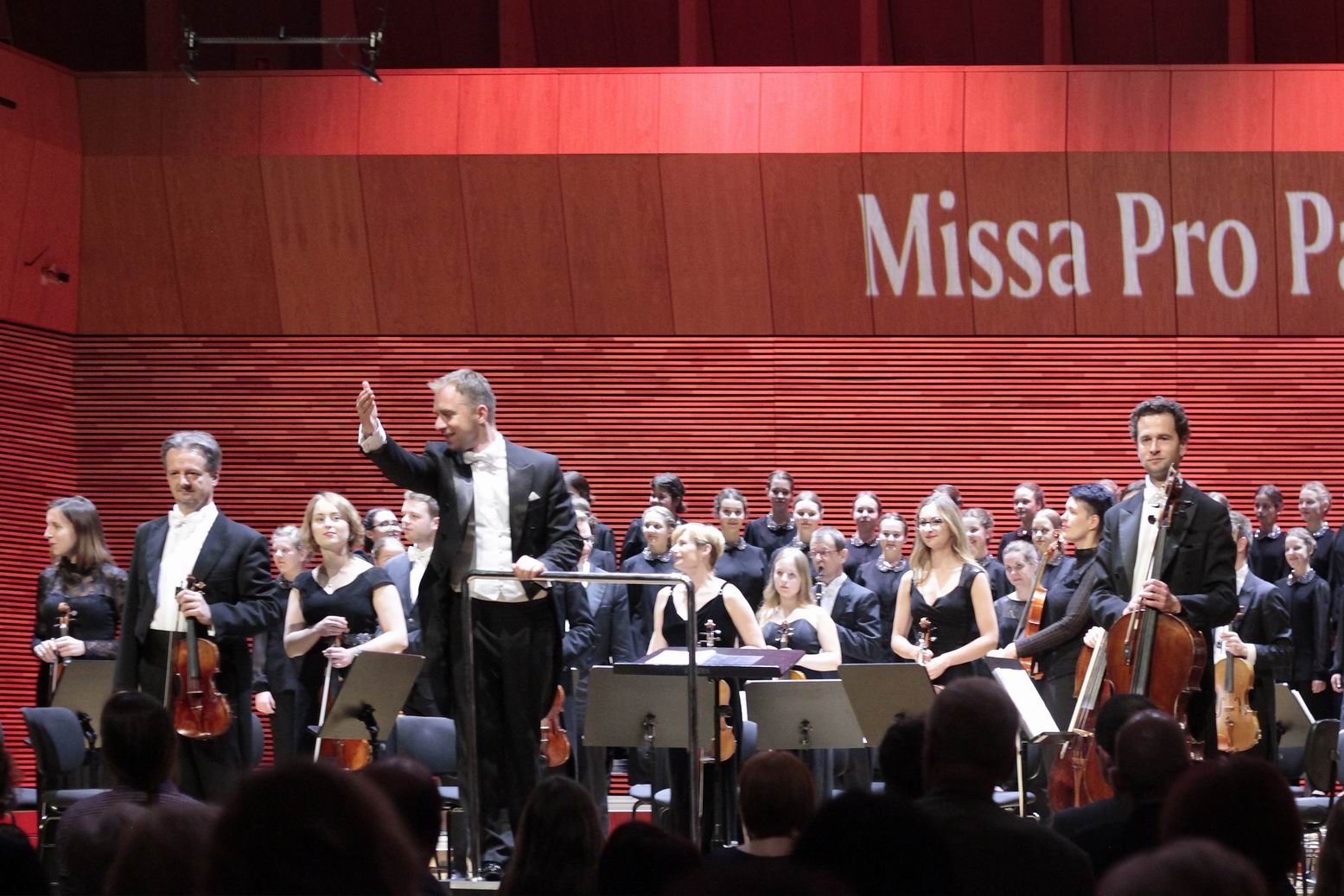 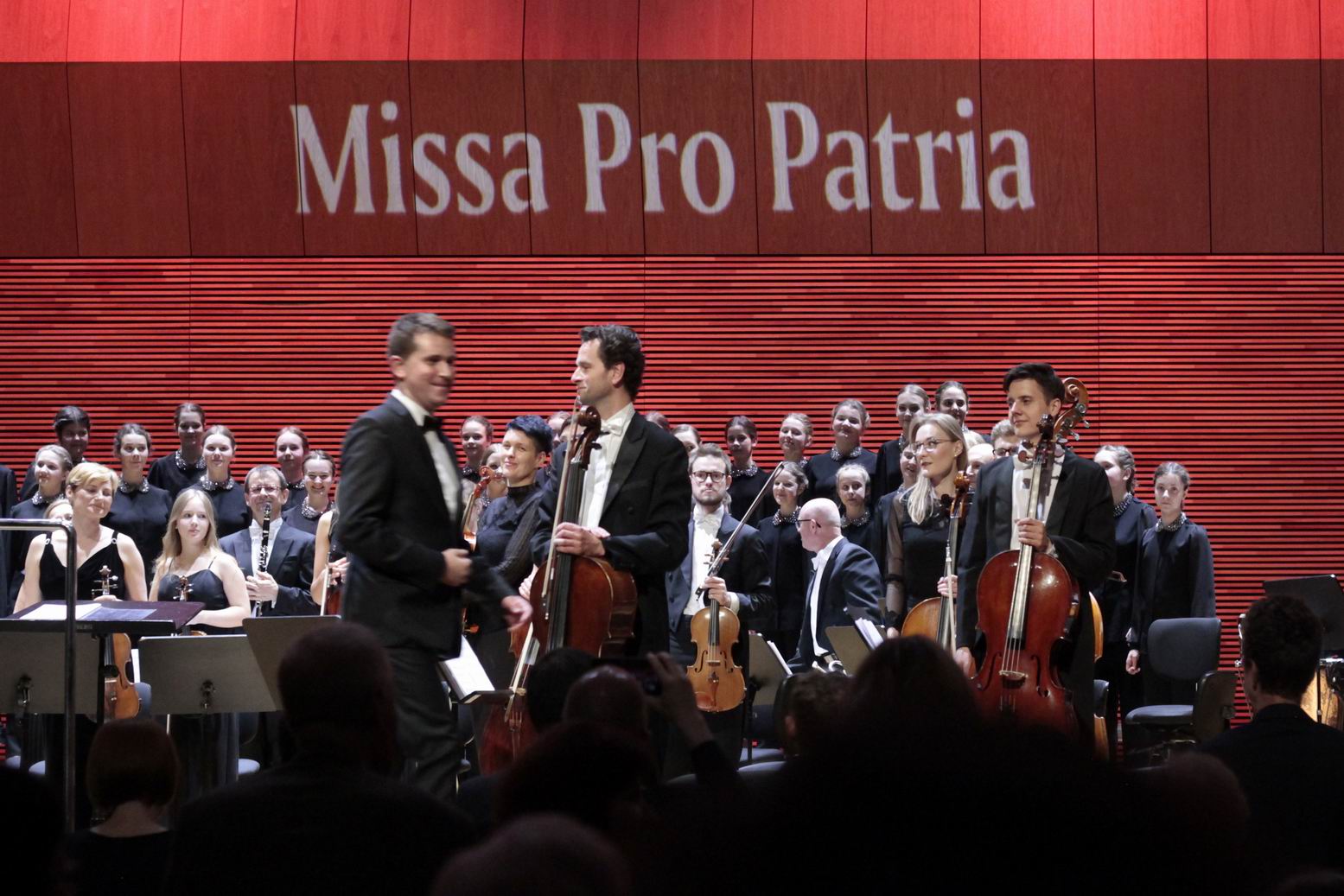